By opting into the web form above you are providing consent for Progressive Martial Arts to send you periodic text messages. Standard rates may apply. You can reply HELP at anytime or learn more. You may opt-out anytime by replying STOP.
ACCESS OUR SCHEDULE
& EXCLUSIVE WEB SPECIAL

By opting into the web form above you are providing consent for Progressive Martial Arts to send you periodic text messages. Standard rates may apply. You can reply HELP at anytime or learn more. You may opt-out anytime by replying STOP.

We just had our son’s 10th birthday at Progressive Martial Arts in Fresh Meadows and we were impressed with the entire experience. Kathy, the program director was friendly, responsive, and professional. They make it so simple and they took care of everything but the cake. This place is awesome! It’s a huge, spacious facility packed with all kinds of equipment. We were pleasantly surprised at all the games Kathy was able to fit into the session. There was plenty of space for the pizza and cake portion of the party and they even have an area where parents can sit at small tables during the martial arts session. They really thought of everything! The entire staff was so helpful and literally took care of every detail. There was a happy flow to the party that just cannot be faked. I cannot say enough great things about PMA.
I was so pleased with the party but my opinion comes second to all the children and especially my son who had a blast! The next day at school the boys were still talking about the party. I call that a successful party, indeed. I totally look like a hero too!

Very friendly and welcoming staff and coaches are very patient and try to explain as best they can so you can really learn. Really enjoyable experience

My daughter loves this school she always wants to come. I find everyone there is very professional from the front desk to the instructors. I highly recommend this school.

Progressive Martial Arts is an amazing school with highly qualified teachers and incredible training opportunities in a variety of functional martial arts. I come back enhanced every time I visit this place.

Nick and Kathy Sacoulas are a martial arts power couple! Their school runs seamlessly, their instructors are of the highest caliber, and their material is second to none. They come HIGHLY recommended for kids, youth, and adult programs. Progressive Martial Arts is clean, safe, and your go-to for fitness!

Awesome place to train! I've been training here for years via seminars. I highly recommend this place to anyone that is serious about exploring the arts and looking to better themselves and others.

I love this place! The gym is clean and spacious; could do with additional bathroom stalls though. They are so organized and they care about your child. They will call you if your child doesn't show up for class and to find out if they are enjoying themselves. My daughter started in September and she LOVES her class. She complained about sore muscles from push-ups the first week but now she brags about how many push-ups and sit-ups she can do and how high she can kick. I see a difference in her; she has confidence and a sense of camaraderie with her classmates. She says the teachers are awesome and she's very excited she got a stripe on her belt. I'm so glad I signed her up at PMA.

One of the best Full contact Martial arts schools that I know of in NYC, they treat you like family and my kids learned a lot. A+

Great with kids,programs are amazing. 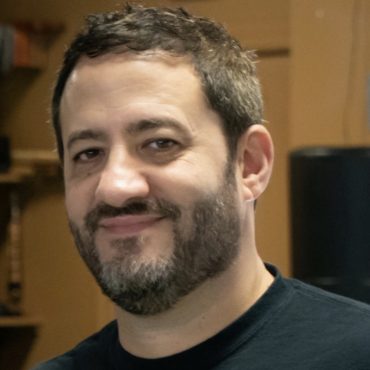 Nick Sacoulas has trained in the martial arts for over 35 years with some of the top martial artists in the world, including the legendary Dan Inosanto, Christopher Sayoc, Sr., Surachai Sirisute, and Erik Paulson.

Through his years of research and development, he envisioned an academy that would truly encompass the JKD philosophy and that which would allow students to train in, as well as specialize in, the various arts he’s explored. With that vision, he created and founded Progressive Martial Arts in 1995. Since then, it has become one of the top martial arts academies in the NY Metropolitan area.

He is also a devoted father and husband.