By opting into the web form above you are providing consent for Progressive Martial Arts to send you periodic text messages. Standard rates may apply. You can reply HELP at anytime or learn more. You may opt-out anytime by replying STOP.
ACCESS OUR SCHEDULE
& EXCLUSIVE WEB SPECIAL

By opting into the web form above you are providing consent for Progressive Martial Arts to send you periodic text messages. Standard rates may apply. You can reply HELP at anytime or learn more. You may opt-out anytime by replying STOP.

We just had our son’s 10th birthday at Progressive Martial Arts in Fresh Meadows and we were impressed with the entire experience. Kathy, the program director was friendly, responsive, and professional. They make it so simple and they took care of everything but the cake. This place is awesome! It’s a huge, spacious facility packed with all kinds of equipment. We were pleasantly surprised at all the games Kathy was able to fit into the session. There was plenty of space for the pizza and cake portion of the party and they even have an area where parents can sit at small tables during the martial arts session. They really thought of everything! The entire staff was so helpful and literally took care of every detail. There was a happy flow to the party that just cannot be faked. I cannot say enough great things about PMA.
I was so pleased with the party but my opinion comes second to all the children and especially my son who had a blast! The next day at school the boys were still talking about the party. I call that a successful party, indeed. I totally look like a hero too!

Very friendly and welcoming staff and coaches are very patient and try to explain as best they can so you can really learn. Really enjoyable experience

My daughter loves this school she always wants to come. I find everyone there is very professional from the front desk to the instructors. I highly recommend this school.

Progressive Martial Arts is an amazing school with highly qualified teachers and incredible training opportunities in a variety of functional martial arts. I come back enhanced every time I visit this place.

Nick and Kathy Sacoulas are a martial arts power couple! Their school runs seamlessly, their instructors are of the highest caliber, and their material is second to none. They come HIGHLY recommended for kids, youth, and adult programs. Progressive Martial Arts is clean, safe, and your go-to for fitness!

Awesome place to train! I've been training here for years via seminars. I highly recommend this place to anyone that is serious about exploring the arts and looking to better themselves and others.

I love this place! The gym is clean and spacious; could do with additional bathroom stalls though. They are so organized and they care about your child. They will call you if your child doesn't show up for class and to find out if they are enjoying themselves. My daughter started in September and she LOVES her class. She complained about sore muscles from push-ups the first week but now she brags about how many push-ups and sit-ups she can do and how high she can kick. I see a difference in her; she has confidence and a sense of camaraderie with her classmates. She says the teachers are awesome and she's very excited she got a stripe on her belt. I'm so glad I signed her up at PMA.

One of the best Full contact Martial arts schools that I know of in NYC, they treat you like family and my kids learned a lot. A+

Great with kids,programs are amazing.

It’s very difficult in one short article to write about the history and legacy of a martial arts legend such as Dan Inosanto. There are volumes of books dedicated to his life’s work and it is worth every read. But here, in our modest newsletter, we can only share with you our experience of him and the impact he has left on us.

Sifu Inosanto grew up in Stockton, California. He is the son of two Filipino immigrants who were both highly educated in the Philippines and moved to the United States to pursue opportunities for themselves and their children. Stockton at the time was filled with many Filipino immigrants and other new immigrants to the United States. He started his formal training in the martial arts at the age of 10 in Okinawa Te and Jiu-Jitsu. His father also introduced him to local escrimadors, under whom he also started training in the Filipino Martial Arts. He was also a stellar athlete in his youth, participating in team sports such as track and football and even though he was small in stature, he proved to be quite the phenom.

After graduating from college, he began studying Judo for a few years before enlisting in the military as a paratrooper in the 101st airborne division and while stationed in Fort Campbell, Kentucky, he was exposed to several martial arts, including Kenpo Karate, which especially stood out to him. So much so, that when he was discharged from the military, he sought out training in Kenpo in Los Angeles. There he found Ed Parker, under whom he achieved Black Belt.

Ed Parker also encouraged Sifu Dan to train in the Filipino Martial Arts and more prominently, introduced him to Sigung Bruce Lee. At an International Karate Tournament, Ed Parker was hosting, Bruce was his special guest and required an escort and Sifu Dan was assigned this task. That’s where the special relationship between Sifu Dan and Sigung Bruce Lee began.

Sifu Dan studied with Sigung Bruce Lee until his untimely death and was personally chosen to carry on the concepts and philosophy of Jeet Kune Do. He, Taky Kimura and James Lee were the only 3 people to ever be certified by Bruce Lee to teach. Since then, Sifu Dan has gone on to evolve in his training. He has trained in a wide variety of martial arts and continues to learn and search for knowledge to add to his training. He is a true seeker of knowledge in not only the martial arts but it’s history and cultural background and is always expanding his practice while sharing this around the world with all his students.

It can be said that the state of martial arts as it is today is in part due to Sifu Inosanto’s study of the arts and the teachings he has handed down to his students. Mixed martial arts today would not be where it is without him. His students have also become prominent martial arts figures as he has allowed them to find their own martial arts paths and become fully expressed in their martial arts endeavors.

For Sifu Dan, martial arts is a lifestyle and his life’s work. His passion for the martial arts is palpable and it’s quite inspiring to be around. He is constantly learning and thirsty for knowledge and never arrogant about his skill. He loves seeing his students grow and takes pride in all of those who train in the martial arts. But what’s most revealing about Sifu Dan is what you learn when you spend time with him, listening to his stories, his wisdom, and his teachings. Despite all the skill, talent, wisdom, and fame, Sifu Dan has been and will always be the most humble of people. A true Guro, he is always willing to learn, even from his students, even from those who challenge him, and even from those he does not know.

Progressive Martial Arts is honored to host Sifu Dan for a 2-day seminar this March 14th & 15th. It is our privilege to host him for our martial arts community and our students. 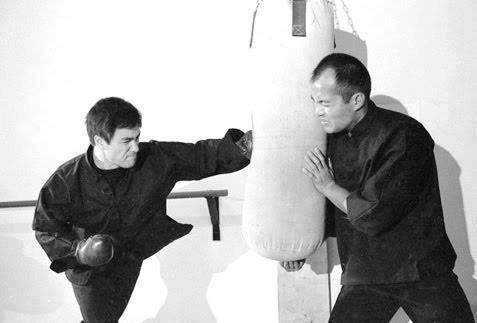 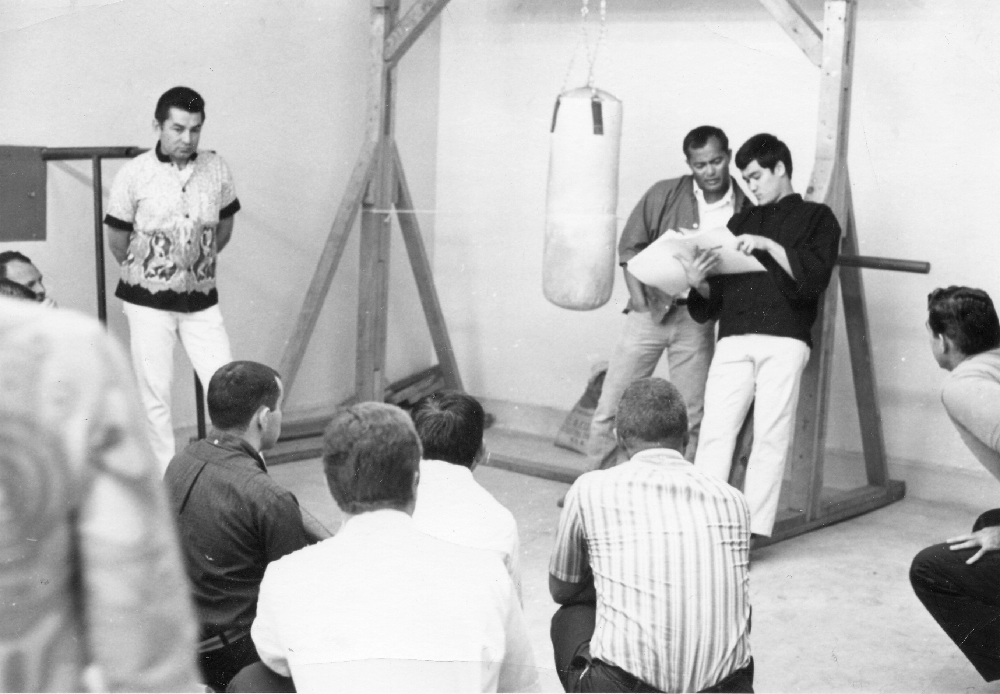 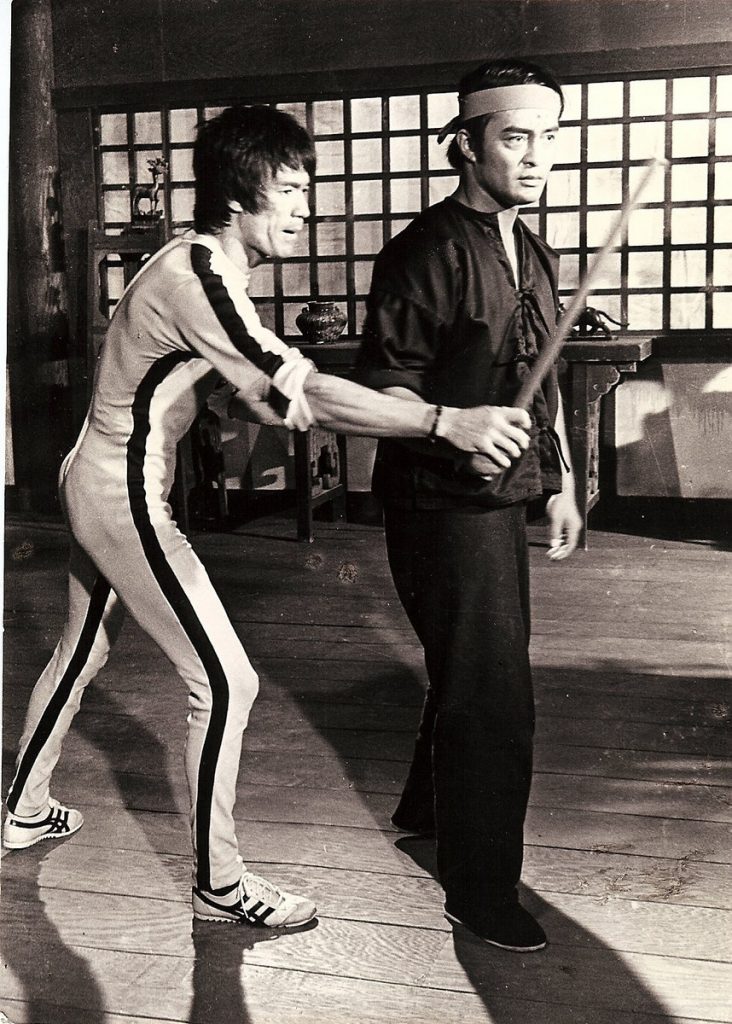 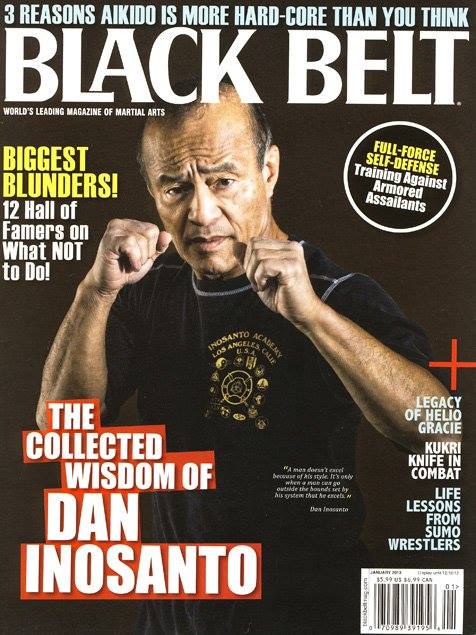