MARTIAL ARTS FOR BOTH CHILDREN AND ADULTS! 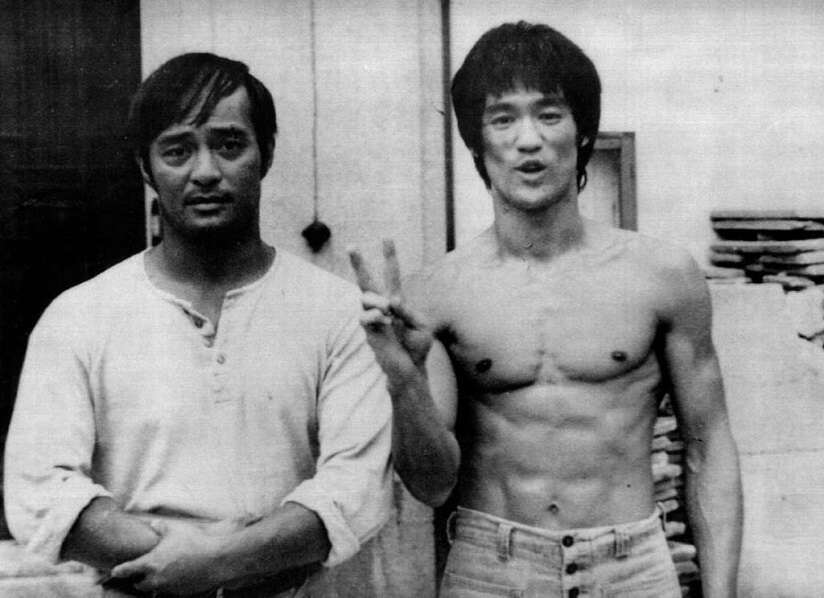 It’s very difficult in one short article to write about the history and legacy of a martial arts legend such as Dan Inosanto. There are volumes of books dedicated to his life’s work and it is worth every read. But here, in our modest newsletter, we can only share with you our experience of him and the impact he has left on us.

He started his formal training in the martial arts at the age of 10 in Okinawa Te and Jiu-Jitsu. His father also introduced him to local escrimadors, under whom he also started training in the Filipino Martial Arts. He was also a stellar athlete in his youth, participating in team sports such as track and football and even though he was small in stature, he proved to be quite the phenom.

After graduating from college, he began studying Judo for a few years before enlisting in the military as a paratrooper in the 101st airborne division and while stationed in Fort Campbell, Kentucky, he was exposed to several martial arts, including Kenpo Karate, which especially stood out to him. So much so, that when he was discharged from the military, he sought out training in Kenpo in Los Angeles. There he found Ed Parker, under whom he achieved Black Belt.

Ed Parker also encouraged Sifu Dan to train in the Filipino Martial Arts and more prominently, introduced him to Sigung Bruce Lee. At an International Karate Tournament, Ed Parker was hosting, Bruce was his special guest and required an escort and Sifu Dan was assigned this task. That’s where the special relationship between Sifu Dan and Sigung Bruce Lee began.

Sifu Dan studied with Sigung Bruce Lee until his untimely death and was personally chosen to carry on the concepts and philosophy of Jeet Kune Do. He, Taky Kimura and James Lee were the only 3 people to ever be certified by Bruce Lee to teach. Since then, Sifu Dan has gone on to evolve in his training.

He has trained in a wide variety of martial arts and continues to learn and search for knowledge to add to his training. He is a true seeker of knowledge in not only the martial arts but it’s history and cultural background and is always expanding his practice while sharing this around the world with all his students.

It can be said that the state of martial arts as it is today is in part due to Sifu Inosanto’s study of the arts and the teachings he has handed down to his students. Mixed martial arts today would not be where it is without him. His students have also become prominent martial arts figures as he has allowed them to find their own martial arts paths and become fully expressed in their martial arts endeavors.

For Sifu Dan, martial arts is a lifestyle and his life’s work. His passion for the martial arts is palpable and it’s quite inspiring to be around. He is constantly learning and thirsty for knowledge and never arrogant about his skill. He loves seeing his students grow and takes pride in all of those who train in the martial arts.

But what’s most revealing about Sifu Dan is what you learn when you spend time with him, listening to his stories, his wisdom, and his teachings. Despite all the skill, talent, wisdom, and fame, Sifu Dan has been and will always be the most humble of people. A true Guro, he is always willing to learn, even from his students, even from those who challenge him, and even from those he does not know.

Progressive Martial Arts is honored to host Sifu Dan for a 2-day seminar this March 14th & 15th. It is our privilege to host him for our martial arts community and our students.

Discover why parents love our Preschool Martial Arts Program in Fresh Meadows. It's the perfect blend of gross motor skills, personal development, and character enrichment, and gives your little one an edge when they enter a busy school setting.

Parents LOVE our Fresh Meadows Kids Martial Arts program because it teaches not only self defense, but also vital life skills like focus, discipline, respect, and more! Watch your child's confidence flourish and their grades improve with this awesome Child Greatness program.

Combining confidence-raising fitness and life-changing self defense, our Fresh Meadows Teen Martial Arts program keeps your teen's wellness and happiness in mind. It's time to get your teenager active, making new friends and bettering themselves.

Our Fresh Meadows Adult Martial Arts program combines next-level fitness with next-level FUN- no more boring workouts! It's time to switch up your routine and get the results you've been looking for in an awesome community of like-minded people.

Fitness and self defense, two major goals for anyone looking for Muay Thai Training in Fresh Meadows. It's time to change up your work out and get the results you've been looking for.

The ultimate stress-melter! Our FUN, never boring Adult Muay Thai classes allow you to learn self defense and crush your workout goals while having a blast with like-minded people.

Our Fresh Meadows Brazilian Jiujitsu classes are no joke! If you're ready to ramp up your fitness like never before, learn real-world self defense skills and make new friends while you learn BJJ!

The ultimate stress-melter! Our FUN, never boring Adult Filipino Martial Arts classes allow you to learn self defense and crush your workout goals while having a blast with like-minded people.

Fill out the form below to

Get Your Spot Now!